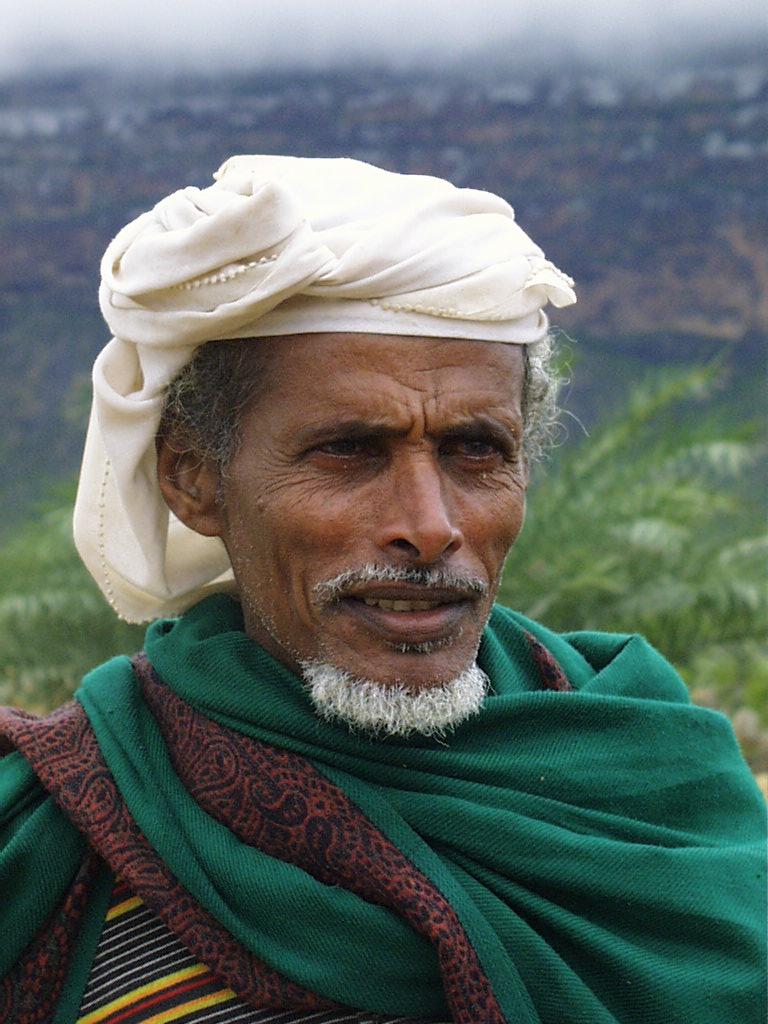 The Socotri language, totally different from Arabic, was discovered about 160 years ago, but too little study has been devoted to it so far. The present article deals with the identity of Socotri within framework of the modern South Arabian language, the Semitic Languages and the Hamito-semitic (or Afro-Asiatic) languages. It also tries to answer the following question: Who speak socotri? How long has Socotri been spoken? Examples are given for the purpose of comparison, and a few features of Socotri sown, some of them are common to the Whole Modern south Arabian family, and some absolutely typical of socotri. However this language is in great danger of dying out. The author describes the possible process: speaking Socotri which used to be necessary ends up to be disadvantage. Anything that might contribute to rescuing Socotra from its insularity should be examined within careful cultural policies: social progress, development and national solidarity should imply also effort to protect the national culture heritage.
The socotri language has been an object of scientific study for little over a century and a half, very few researchers, however has had the privilege of study it in the field. The first expedition to do so was South Arabian Expedition (sudarabiche Expedition) from the Vienna Academy of science (Austria) in 1898 with David Heinrich Muller at its head. All of these efforts results in a series of impressive works between 1902 and 1907 to which was added, in 1938 the Lexique Socotri by wolf Leslau. The second linguist to go to Socotra was T.M. Johonstone in 1967, who was the best among the specialist in Modern South Arabian languages, but who unfortunately passed away prematurely. Lastly another very important visitor to Socotra since the 1970,s was vitally Naumkin, a Soviet anthropologist with undeniable linguist talents since he is, to the best of my knowledge, the only Westerner to have succeeded in speaking Socotra fluently. And the French team which included mrs. Simeone Senelle it visited in 1985.

Socotri is spoken only on the island of Socotra and the neighboring islands of Abdl-Kuri , Samha, Darsa not being inhabited, all the inhabitants of these islands are Socotri speakers, wether native of the island or originally from the continent, with some Arabic families. In many families which came from Africa Alnooby family or Mahra, Socotri, which was originally a second language, has become the first language.
Socotri can obviously be heard in other places where there are settled Socotri communities which never broke off their ties to the island. This is especially the case in two communities :
In some of the Emirates, Socotri soldiers have been used from time immemorial in the Police and Customs, the kinds of forces which require dependable, courageous and disinterested men.
Of the Hadramout coast, in Qusayir and Musayna, a large number of fishermen from Abudl-Kuri have permanent or seasonal residences and there are many ties by marriage between the inhabitants of Abdul Kuria and certain communities in Qusayir and Musayna as well as with certain communities in Socotra.

HOW LONG HAS SOCOTRI BEEN SPOKEN

We can assume that the core population which brought the socotri language settled on the island 3000 years ago and came originally from southern Arabia. this was most likely one of the consequence of retreat of the indigenous population of southern Arabia who fled the advantage of the sabaens. As for the Greek group mentioned in the Arab sources and in some western ones, they left no discernible traces in the population, its culture or its language. no more so, actually than the Portuguese group did if we exclude certain legendary stories which in any case revolve around certain individuals only.
Anthropologists find traces of these divers contribution to the population in the morphology of Socotri, but on the linguist level, it is not possible to find proof of any determining influence on Socotri from foreign languages, with the exception of Arabic, however, this influence is recent is not generalised and still superficial.
What gave socotri its distinctiveness, in relation to what of its origin, was first and foremost, its isolated development, protected as was from outside contact by a sea, a harsh climate and easily defended mountains.